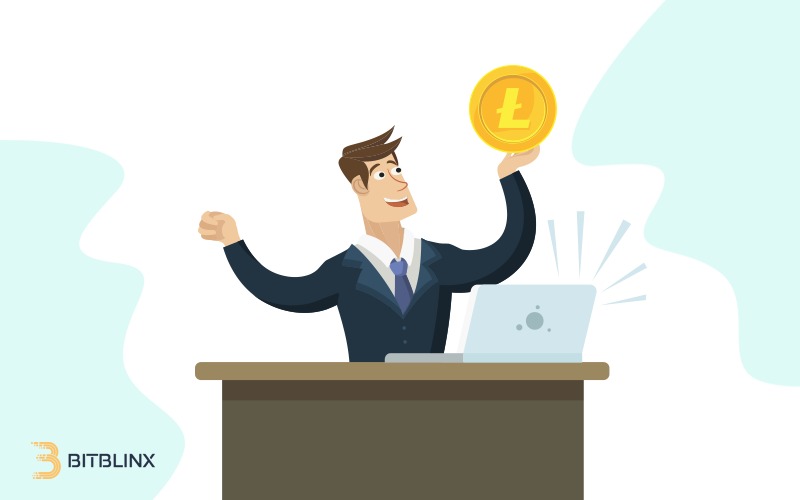 Have you ever wondered why Litecoin usually referred to as the Silver to Bitcoin’s Gold by some members of the cryptocurrency community? Just as silver serves its function as a precious metal but maintains its value alongside another precious metal, Gold, so was Litecoin created. In order to serve as an alternative currency alongside Bitcoin. Since its launch on October 13, 2011, Litecoin has over the years served a less expensive alternative medium of transacting compared to Bitcoin.

Where does Litecoin come from

Around the time Bitcoin was created, Charlie Lee, the creator of LTC and early adopter of bitcoin, was a software engineer at Google. He initially got to learn about Bitcoin while reading an article on Silk Road. Lee researched more and realized that among other limitations, Bitcoin had longer transaction times and was not scalable enough to handle larger transaction volumes on its network. He recognized that there was market potential for an alternative cryptocurrency that solves these problems.

Litecoin is technically not a hard fork of the Bitcoin Blockchain. This is because it does not share a common Blockchain history with Bitcoin. However, it was Bitcoin’s source code that was forked to create Litecoin. Charlie lee conceived the idea of copying and modifying Bitcoin’s codebase to create a new algorithm that could process transactions quicker and cheaper than Bitcoin. This was successfully done and a couple of years later he launched the new cryptocurrency called Litecoin.

As a cryptocurrency newbie, deciding to use cryptocurrency was just your first step. The next choice you are probably faced with now is deciding what the best crypto to include in your cryptocurrency investment portfolio is. Is it Litecoin or Bitcoin, Ethereum, Ripple or some other altcoin?

If you are considering to trade Litecoin, here are 5 useful tips to guide your investment decision.

Having a proactive and respected vision bearer in a cryptocurrency community encourages unity among members. As they look up to that individual’s thought leadership. Litecoin’s technological success is to a large extent attributed to Charlie Lee’s subject matter expertise and the cohesiveness among the Litecoin community. Mainly when it comes to forging consensus on contentious matters relating to the future of Litecoin.

Lee’s dedication to Litecoin was proved in 2017, when he quit his day job as director of engineering at Coinbase. He aggressively mobilized the Litecoin community to support an upgrade called Segregated Witness (SegWit).

As far as cheaper transactions and faster transaction speeds are concerned, the SegWit update elevated Litecoin’s Blockchain. A further step ahead of Bitcoin whose community was still consumed in endless debates. BTC had not yet reached consensus on whether to implement SegWit on their Blockchain (Bitcoin). On May 10, 2017, Litecoin activated Segwit while Bitcoin’s SegWit was activated later on 23 August, 2017.

1. Mining it is also cheaper

Cryptocurrency Mining on the Litecoin network has always been less expensive for average people than it is for them to mine on the Bitcoin network. This is mainly because of the different Proof of Work (POW) algorithms used by each of these platforms. While the Bitcoin network uses the SHA-256 POW Algorithm, which can only be processed by expensive ASIC devices. On the other hand, the Litecoin network uses a POW algorithm called Scrypt, that even less-costly devices like Home-based GPUs and PCs can process.

When a Blockchain network makes it less expensive and easier for more people to join and operate their mining devices on it, that network becomes more decentralized. It becomes more secure and resistant to 51% attacks. As a result of Litecoin’s low barrier-to-entry its network of nodes is huge.

Also, since the computer processing power of a Litecoin network is evenly distributed among its nodes, it is impossible for just a single node on the network to amass 51% or more control of the entire network’s processing power.

Lee made changes on the original source code he got from Bitcoin. This caused the Blockchain’s Block time to reduce from 10 minutes to 2.5 minutes. In other words, the time it takes for a block of transactions on the Litecoin network to get confirmed is 4 times shorter than the time it takes on the Bitcoin network.

This means it is much faster to complete a transaction on Litecoin than it is on the Bitcoin network. Typically, Bitcoin could only process a maximum of 7 transactions per second (TPS). Ethereum a maximum of 20 TPS, Dash 48 TPS, and Litecoin a maximum of 56 TPS.

Imagine if you visited a restaurant that accepts cryptocurrency payments. What crypto payment method would you use to buy your coffee? If you use Bitcoin, it could take you more than 10 minutes before your coffee reaches you. That is how long it will take for your payment to be received in the Restaurant’s wallet. That is not little time for you or the seller to sit around waiting for a payment to come through. Especially if you have other urgent things to attend to. So Litecoin has a good use case compared to other cryptocurrencies.

Transaction fees are a contentious topic in the cryptocurrency industry. Another use case that gives LTC an edge over other cryptos is the fact that it costs less to send and receive payments over the Litecoin Blockchain.

According to Blockchain, a blockchain analytics and search engine, the average transaction fee on the Litecoin network is currently $0.0173, while it is $0.5263 on the Bitcoin network. Historically, Litecoin has always been a more suitable alternative for transacting smaller amounts because of its low transaction charges.

5. LTC has had a strong Market Performance over the years

According to Coinmarketcap, a crypto tracking site, Litecoin’s approximate Return on Investment (ROI), if you had purchased it about 8 years ago when it was launched, is currently 832.88%.

Based on that 12-months data, we have observed that:

On Aug. 5, 2019, rewards issued to Litecoin miners on the Litecoin network. Rewards for confirming a block of Litecoin transactions which were halved from 25 LTC to 12.5 LTC. This means that fewer coins are being released into Litecoin’s ecosystem periodically. And this creates scarcity. Economically speaking, the more scarce an asset is, the likely it is for its prices to go up. This is because its demand (Marketcap) goes up. Litecoin’s price is therefore poised to go further up over the next 12 months.

As a crypto noob, you probably don’t have the technical analysis skills or the time to look at a Cryptocurrency price charts and forecast the future price of a coin. So you might want to consider looking at crypto price predictions offered by some cryptocurrency price forecasting sites in order to make an informed investment decision. These forecasts will help you gauge where the price of Litecoin is likely to be in the future.

Of course, it is impossible for anyone to know with 100% accuracy what the Cryptocurrency market prices will be in the future, so it is safer to always treat these predictions as a guide and not as investment advice.

Due to its fast transaction speed, ease, and cost-effectiveness when sending or receiving payments through it, Litecoin has become a preferred alternative. As it facilitates transactions online and at brick-and-mortar stores in several parts of the globe.

In February 2018, the Litecoin Foundation partnered with a payment gateway platform called CoinGate. In order to enable more than 4500 merchants worldwide to accept Litecoin as one of the many payment options for their customers. Customers can now pay with Litecoin for devices and furniture, collectables, beverages, digital services, and many other items.

In order to get some Litecoin, you will need to first of all open an account with a cryptocurrency exchange such as Bitblinx. Bitblinx Exchange allows you to buy Litecoin (LTC) with Euros or US Dollars using Advcash a payment processing company.

It is impossible for any crypto trader to predict with absolute certainty the price of any cryptocurrency in 2020. However, the one thing that is for sure, is that Litecoin provides a competitive niche solution in the financial payments industry.

It, therefore, has high growth potential which will positively impact its market price. Follow us, If you want to learn more about how to choose the right Cryptocurrency to invest in.