5 Things You Didn’t Know About Ethereum 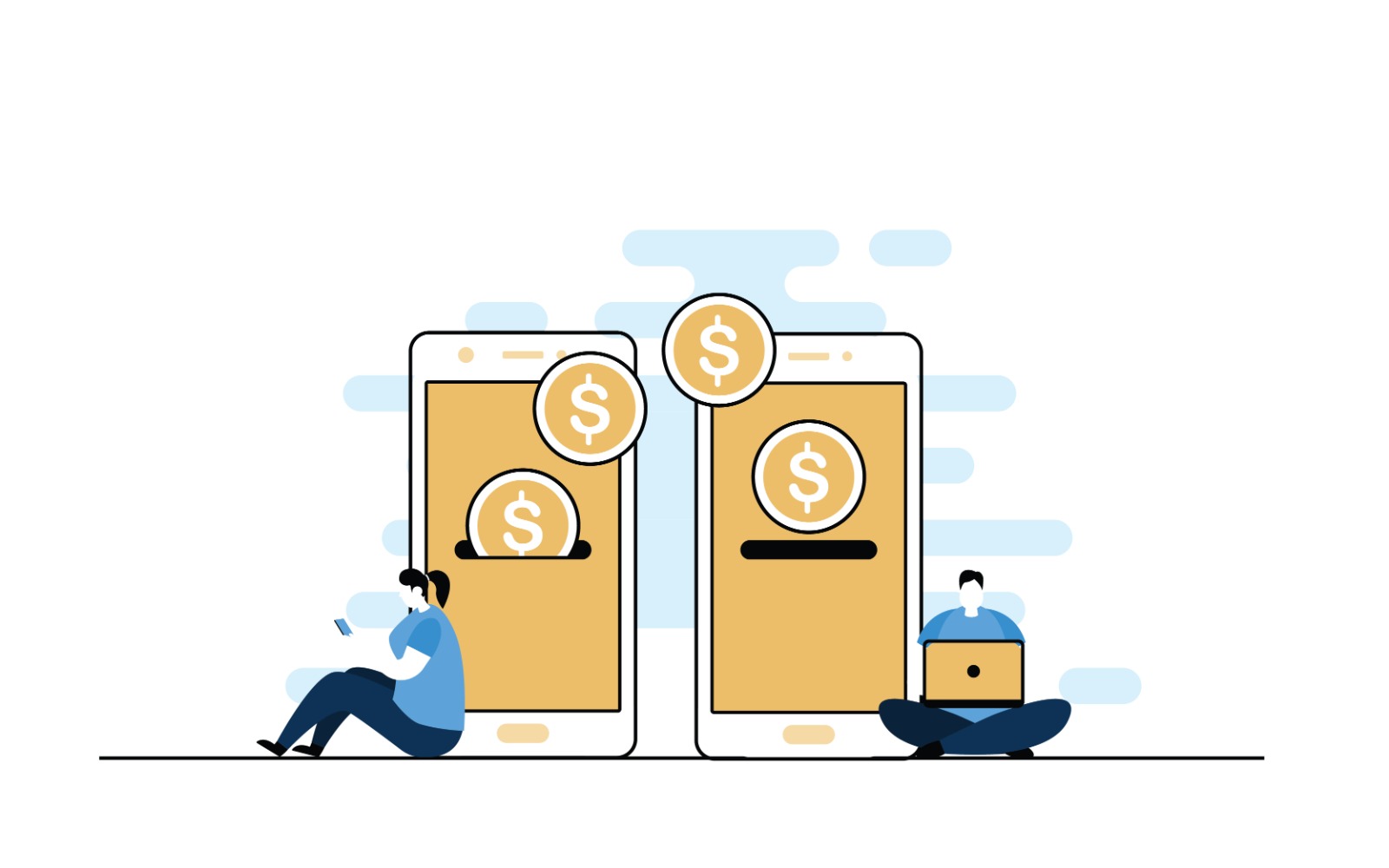 5 Things You Didn’t Know About Ethereum

In 2010, the first-ever known cryptocurrency was launched and 4 years later another digital currency called Ethereum was launched too. Unlike the creator of Bitcoin, Satoshi Nakamoto, who no one knows much about, Vitalik Buterin is the founder of Ethereum. He currently ranks as the 2nd most valuable Blockchain platform. He is a well-known blockchain technology scientist born on Jan. 31, 1994 in Russia later settled in Canada.

To uncover some of the interesting things you probably didn’t know about Ethereum. Let us first backtrack a little bit and see how it was created in the first place.

Vitalik was introduced to Bitcoin by his father a software engineer in 2011. He initially did not take this currency seriously since he thought it lacked intrinsic value. After hearing about it again, however, he picked interest and according to him:

“if you hear about something twice, it might be a good idea to invest some time and find out more.”

His new interest in cryptocurrency led him to research more on the subject. He joined several crypto community forums and workshops where he interacted with other crypto enthusiasts that were exploring other use cases for the Bitcoin Blockchain.

It is through these interactions, that Vitalik conceived the need for creating a more versatile computer programming language. One that would enable the Blockchain system to have more functionality than just relaying and storing money transactions.

With further input and reviews from his partners, his idea was developed further and refined into the concept on which the Ethereum Blockchain was officially created. In 2014 it was rolled out across the industries and the general public.

Here are 5 other interesting things you probably didn’t know about Ethereum:

1) The Wei is the smallest denomination of Ether

Just like the Satoshi and the cent is to Bitcoin and the US Dollar respectively, so is the Wei to Ether the currency used on the Ethereum Blockchain. When the cost or price of a currency goes up against another, the transaction sizes tend to become smaller. When this happens, other denominations of the currency have to be used to accurately identify the value of the currency.

This smallest base unit of Ether is named after Wei Dai a renown cryptography expert who, back in the day, advocated for the use of cryptography in emerging digital technologies. As a matter of fact, Ether is divisible into other similar units such as the Kwei, Mwei, Gwei, Szabo, Finney, Kether, Mether, Gether and Tether. Each of these denominations has a corresponding nickname within the Ethereum community given in honor of the founding figures of Ethereum.

2) Ethereum was forked off Ethereum Classic

In 2016, a software development team called Slock.IT introduced a concept of building a Blockchain application called the DAO. It was built on top of the Ethereum blockchain and it would use Smart Contracts. Intelligently programmed logical instructions that would collect funds from its members all over the world and disburse these funds (without the involvement of any central authority), to a project chosen by the members of this DAO.

This technological initiative was a ground-breaking project at the time. It managed to mobilize close to $150 million worth of Ether, in an Initial Coin Offering (ICO) that Slock .it conducted that year.

However, due to technological loopholes in the underlying code of this application, that maliciously got exploited by hackers. $55 million worth of Ether was stolen. This incident affected investor confidence and perception in Ethereum very badly. Ethereum’s market cap dropped by over $768 million USD—45.9% in the Ethereum price fell from $20 to under $13 over a period of just two days.

As a result, a debate came up within the Ethereum community. How could they recover the stolen funds? One camp comprised of 87% of the community, proposed to initiate a hard fork on the Blockchain. This fork would reverse all transaction after the hack and reinstate the stolen Ethereum coins back to the owners. On the other hand, others (about 13% of the community) opposed the idea. They argued that doing so would contradict the fundamental principle of “immutability”  the Ethereum blockchain was founded upon.

The birth of Ethereum

On July 20, 2016, the original Ethereum blockchain was split into two chains. The minority camp in the community that had opposed the Ethereum hard fork refused to upgrade their software to follow the rules of the newly created Ethereum chain. So the currency which maintained the original Ethereum Chain rules, is what is to today known as Ethereum Classic. Its development is overseen by a group of developers under the ETC Cooperative.

On the other hand, the Ethereum we know today is the newly created parallel blockchain. The one that resulted from the Ethereum hard fork. The majority of the Ethereum community adopted those new rules. Including Vitalik upgraded his systems to it.

3) Ethereum is a programming language running on a blockchain.

Currently, Ethereum blockchain hosts a programming language called Solidity. It can be used by developers to design and create their own applications without having to build their own blockchain from scratch. Due to this ability, it can run and execute digitally programmed logic. These are called smart contracts, making it far more useful than other Blockchains like Bitcoin, which simply just keep a track of a currency’s balances.

Smart contracts are digital versions of instructions involved in a traditional transaction process. In other words, they are the “if this happens, then do this” type of commands. These commands are coded into any computer-based system like an Automated Teller or Vending machine that makes it do what it does. For instance, in the conventional way of purchasing a can of Pepsi from a store, a buyer would normally go to a store, pay cash at the store counter to the cashier who in turn hands over the items from the store.

How can Smart Contracts be simply understood:

This process can alternatively be simplified. With an automated vending machine placed at the store and programmed with smart-contract logic. It would release a can of Pepsi every time it detects that the correct amount of money has been inserted in it. And if the shopper happens to insert less than that machine programmed detects, it doesn’t release the can.

In the same way, smart contracts running on the Ethereum blockchain, are programs designed to perform certain tasks only when predefined conditions are fulfilled.  As a result of the drawbacks of relying on third parties required to complete the transaction process are avoided. Specifically, it eliminates the high charges, human error, and delays, associated with transacting through human-based intermediaries.

This use of blockchain could save a lot of time and resources wasted while people wait for pieces of paper to be exchanged and approved from one officer to another.

4) There is currently no limit to the number of Ether coins available in Ethereum.

“I recommend setting [a maximum supply of 120 million], or exactly [twice] the amount of ETH sold in the original Ether sale.” Those were the words of Vitalik when presenting the Ethereum Improvement Proposal (EIP) in April 2018 to cap the total Ether supply at 120 million.

Bitcoin’s total coin supply is inherently capped at 21 million. On the other hand, Ethereum has since its inception in 2014 not had a capped total supply. This has along the years raised concerns within the Ethereum community about a risk of inflation within Ethereum’s ecosystem.

Economically speaking, the forces of demand and supply determine a cryptocurrency’s price in the same way they define the price of any other asset. For the price of a cryptocurrency to rise, there has to be less of it available in circulation. The infinite supply of Ether, however, is of great concern. This is because it cannot create the economic scarcity required within the Ethereum ecosystem, to significantly drive the Ether price up.

5) The Ethereum platform hosts the largest number of DApps and developers.

Fluence LAbs is an open-source, decentralized cloud computing project. They conducted a survey on Blockchain-based projects and according to it:

Decentralized Applications (DApps) are applications hosted on a blockchain. Furthermore, statistics from State-of-the-DApps a DApp tracking site, further confirms that the majority of DApps created are currently running on Ethereum.

With regard to the Blockchain developer community, Electric Capital released a report in Aug 2019, confirming that Ethereum has the biggest developer team in the entire cryptocurrency industry.