6 Little Known Facts About ICOs – And Why They Matter 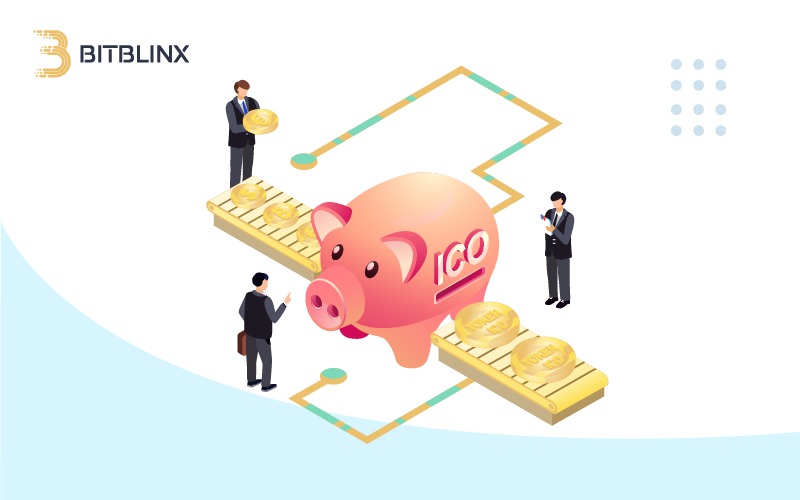 6 Little Known Facts About ICOs – And Why They Matter

Back in the days when Bitcoin was still a promising technology and long before the term “Initial Coin Offering” (ICO) got coined, a Software Developer and early adopter of Bitcoin called  J.R. Willett needed his concept to get financed.

He had conceptualized a way of building an entirely new network of digital currency (that he would later call Mastercoin) on top of the Bitcoin network itself.

So he mobilized a team under a project they called Mastercoin. J.R Willet presented the project’s Whitepaper that described his idea and also invited like-minded members of the crypto community to invest Bitcoin (how does Bitcoin price move?) in his plan through a Bitcoin address he shared online.

He did this in exchange for units (tokens) of the digital asset (Mastercoins) that would be generated by the nascent technology described in his project’s Whitepaper.

In 2013, with just a simple announcement on bitcointalk.org, where his project occasionally interacted with prospective Mastercoin investors. His team embarked on a fundraising campaign that went on to raise close to 5,000 bitcoins over one month. An amount valued at around $500,000 at the time.

In about three months, Mastercoin’s value had grown by about 220x. It is reaching $132 million and holders of Mastercoin at the time, mainly investors that supported the platform from its inception.

Later they sold their tokens on crypto Exchanges when they realized a return due to the increased value of the symbols as the Mastercoin project progressed.

That is how ICOs came to be

What started as an unconventional style of raising capital by J.R Willet, later became known till today, as the Initial Coin Offering (ICO).

It became an eye-opener to most Start-up ventures worldwide who realized that this fundraising technique was a more straight-forward process compared to traditional methods of raising capital like the Initial Public Offerings (IPOs) and Venture capital (VC).

Mastercoin’s success also served as evidence to ordinary investors around the world, of the potential profits they stood to gain if they supported similar crowdfunding projects. However, the task of identifying a profitable ICO to invest is one that requires due diligence.

It is important to brace yourself with the underlying facts which make any ICO worthy of your investment?

Here are 6 of the most commonly overlooked facts about ICOs to keep in mind when considering an ICO to invest.

When an ICO project gives you a token, it’s pledging to provide a service to you when you redeem the token.

Traditionally, when you invest in a company that is mobilizing funds through an Initial Public Offering. You are given shares of stock and ownership in that company in exchange for your investment.

That is not the case with a company raising funds through an ICO. In the latter, there are no shares to speak of, nor dividends.

But rather, you get provided with a utility token. Acting, for example, as a commitment from the company that if the company’s plan materializes after launch. That token will grant you access to the service/services of that company.

These tokens get sold to you at a price that is expected to rise when public trust in the project increases.

2) The ICO means not essential; the project is.

Most of the time, inexperienced ICO investors get caught up in the hype forgetting an Initial Coin Offering is just a means of fundraising. But the quality of the project behind the ICO is what ultimately determines the value of the token.

If you critically look through the ICO and pay attention to the Project behind the ICO. You will have a more informed perspective to guide your judgment when investing.

By asking yourself the following questions about the quality of that ICO project. You will conclude if the ICO you are about to invest in is even worth your time.

3) An ICO’s token price is directly affected by the supply of tokens.

Total token supply is a vital benchmark smart ICO investors base on to make their investment decisions.

The price of a token gets based on the basic principles of economics and fair value. If the number of tokens circulating in the market increases compared to how demanded they are. Their value and price in the marketplace will fall.

Savvy ICO Investors don’t like it when a few people in the ICO’s ecosystem. Hold onto more than 50% of the ICO’s total token supply because this raises the risk of a possible symbolic devaluation in the future when those large holders decide to sell off their tokens.

If an ICO has no pre-defined rules like smart-contract based controls to regulate the issuance of tokens within the ICO’s marketplace,  the prices of the tokens are at risk of falling. Potential investors will stay away from such an ICO for fear of losing their investment.

4) An ICO’s token implies a utility token if it gets utilized within the ecosystem.

A token remains said to have utility, or real use-case if you the holder can directly gain tangible advantages by using it in a given blockchain-based ecosystem.

For example, Sia, a decentralized, peer-to-peer cloud storage solution, pays Siacoin (the token) to anyone on their network (ecosystem) who rents out extra storage space on their computers to Sia Network. Similarly, those who want to use Sia’s storage remain required to pay a host on the network, in Siacoins.

Another example is the Basic Attention Token (BAT). Which acts as the resident token to the Brave Browser that lets advertisers pay for ads. Then, it redistributes that money to users of the Brave browser.

Such tokens are more profitable to invest in because they have a compelling use-case.

5. Token prices are lowest during the ICO pre-sale.

ICO Presale or also known as Pre-ICO signifies the token sale event that Blockchain enterprises run before the official Crowdsale.

Early Investors that participate in the presale often get lower prices per coin and higher bonuses on their investment. Therefore stand to earn higher profits compared to those that invest in at later phases of the ICO.

Most investors will look at an ICO project with suspicion if the project team is not proactively interacting with the public. A community is any group of people who gather on social media forums to exchange information about cryptocurrency.

Trust in an ICO gets built when the community’s concerns about the ICO. Both positive and negative, rest responded to regularly by the ICO project team.

Now that you have an idea about what to look out for next time you want to invest in ICOs, where can you start? You could start by following a Cryptocurrency Community discussion on any social media platform.

To acquaint yourself with more useful tips about ICOs and Cryptocurrency in general.