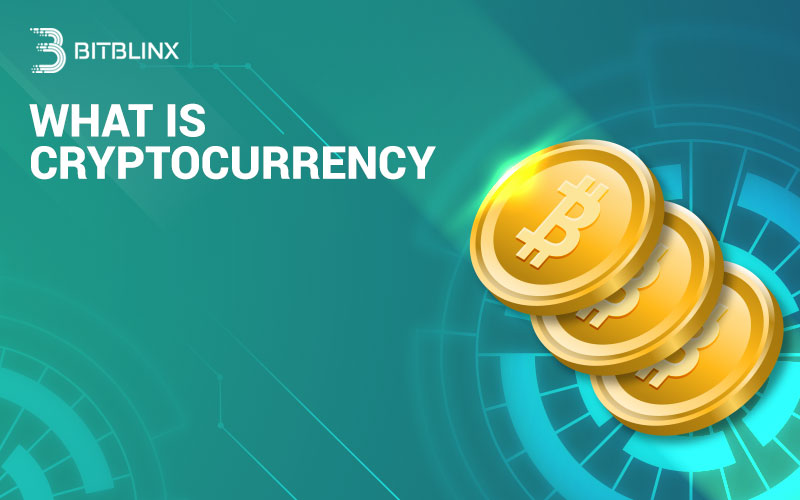 You might be wondering what is cryptocurrency? It is a digital currency designed to work as a medium of exchange. Protected by cryptography to verify transactions as well as to control the creation of new units. The absence of a central authority is what makes it so unique. This is achieved through a network called Blockchain. Which consists of a digital ledger used to record every transaction. It is done through many computers to gain transparency and rigidity to any external authority.

There are many types of cryptocurrency and that is important to understand. But regardless of the function, each digital currency is supported by the same peer-to-peer network protocol of Blockchain.

How does cryptocurrency work?

There have been many attempts to create digital currencies in the past. Fraud and friction with centralized entities were the main reason for their failure. Until early 2008, when a mysterious person by the name of Satoshi Nakamoto solved the “Byzantine Generals Problem”*. He did so to create a decentralized network that could achieve a consensus agreement, without any central controlling authority. That gave birth to Bitcoin and many other currencies using the same smart protocol. Everyone participating in the network agree to the same mathematical principles. Rather than a centralized financial institution controlling every movement.

In that way, every participant becomes part of the authorization and record of who has the money. Basically run by everyone and no one, with no questions or regulations.

Every participant represents a point interconnected to everyone else, just like a huge spider web.

In this way, if you were to plan something illicit, millions of participants would need to be hacked at the same time. The majority of computers on the Blockchain need to agree to make a successful transaction.

Then there is no way to ask for a refund or call support, every action is irreversible. Unless the receiving wallet agrees to give it back through the same process.

Also, anyone can access every single transaction made on the Blockchain. Which wakes it transparent.

How to buy Cryptocurrency?

You can purchase cryptocurrencies in a lot of different ways. Especially Bitcoin with 5,000 ATMs around the world in more than 90 countries. Cash can be easily accepted as well as credit cards. It all purely depends on your country.

Crypto Exchanges accept mainly Bitcoin and even most common currencies like U.S. dollars to acquire other less popular coins. A digital wallet or an exchange is needed in order to buy any cryptocurrency. Then all of your coins can be stored, sent and received with the same software.

– Make sure that your wallet supports the coins you are interested in. This is important as if you send a coin to the wrong wallet address, it will not be received.

– When it comes to Fees, every wallet has its own, check these before making any transaction. Depending on the wallet and exchange they usually charge between 1.5-2% per transaction. Some users are confused when using crypto exchanges. The reason behind this is that they do not calculate the costs. To send the correct amount make sure to consider all the fees.

– Processing time is a key feature. Depending on the blockchain and scalability of the coin, it can take from a few seconds to several hours. For example, Bitcoin can take 1 hour on average, compared to NANO which takes around 4 seconds.

The biggest difference between cryptocurrencies and common fiat money is that fiat currencies are backed by a central entity who regulates the monetary supply to indirectly control inflation. Cryptocurrencies, on the other side, generally have a fixed supply that makes them almost bullet-proof to devaluation caused by inflation.

But why prices fluctuate so much?

The cryptocurrency market is still considered very new and unfamiliar, there are a few qualities that make them volatile such as:

The good opportunities for investment and trading come from the unpredictable fluctuation of prices. Traders can keep an eye on this using multiple softwares to track every single movement at any time of the day. Unlike Wall Street and the forex markets, cryptocurrency exchanges never sleep. They can go from cents to hundreds of dollars and even thousands in the case of Bitcoin in a single day. This is exactly what makes cryptocurrencies so appealing to new investors and traders. You can study and monitor multiple coins simultaneously to earn from really small timeframes like minutes to longer-term approaches like months or even years.

But how much are cryptocurrencies worth right now?

The cryptocurrencies world has come from pennies to more than $800 Billion, yes with a “B”, back in 2018. A more realistic average of cryptocurrencies by market capitalization (depending on the date) is between $100-$300 Billion since the 2018 run didn’t last long.

The cryptocurrencies by market cap can get stronger and more lucrative than a great deal of other similar global markets. Especially with the wider acceptance and investment approach.

Here is a great tool to monitor the live market cap we constantly use.

Is cryptocurrency the future?

Bitcoin is known to be used in 111 countries with an average of 12.000 transactions per hour. Together with a growing list of hundreds of other thriving cryptocurrencies.

Just like the Internet, this is a revolutionary technology. The creation of cryptocurrencies can’t ever be uninvented. It creates the possibilities for decentralized organizations on a scale never seen on this planet before. There’s no way to know which are going to be the cryptocurrencies of the future but one thing is sure: money will go online.

The main struggle with cryptocurrencies, besides the network aspect, relies on trust and social acceptance.  Like any revolutionary approach, it will create resistance until users test the experience enough to build trust and adapt to change. Many experts suggest that in order to become a conventional currency, it needs to be part of financial indexes like Nasdaq.

Nevertheless, there are external factors that affect any type of market, the growing global demand we have recently witnessed due to Covid-19 pandemic more people are trading cryptocurrency than ever from their homes, this may establish a trend and drive a stronger a long-lasting demand.

Now that you know what is cryptocurrency? If you want to submerge in the Crypto world, start testing the waters. Open an account with BitBlinx, use our iOS and Android App, make some transactions and get the feel of it.

In a matter of minutes, you can open an account and start trading or holding any cryptocurrency.